This is Rita here. For today’s post I have two words – baby & shower. As soon as I received the new dies, the Rubber Ducky and the Hello Stand Up Helper were my instant favorite. I had the idea to create baby shower invitations. Knowing that I would be creating several cards, I wanted to keep the design simple yet fun and unique.

This is how I created my cards:

2. Die cut the Accordion Circle Card base from polka dot cardstock. Trim the extra fold piece that would otherwise connect one accordion panel to the next. Turn the die cut at 90 degree as shown.

5. Assemble each rubber ducky and adhere onto the front of the polka dot cardstock.

6. Using complimenting polka dot and patterned cardstock, cut cardstock at 4 11/16″ wide x 3″ high and adhere onto the inside of the white card base.

7. Center the Hello Stand Up Helper over the polka dot cardstock and secure with a small piece of craft tape, as shown. Also cut the stand up helper from Yellow Velvet Adhesive Sheet that will overlay the white die cut.

9. Once the stand up helper is cut out, fold the front of the card and display the rubber ducky as a stand up card.

Thank you so much for stopping by today and I hope you enjoyed this tutorial. 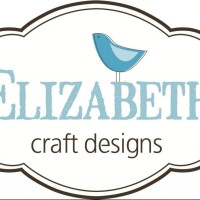